What is Angels in Medicine?

The idea for this site arose during a conversation with my good friend Russell W. Steele, MD, a pediatrician and jazz musician (aka, Dr. Jazz) in New Orleans. He described a program he helped start, providing health care and counseling at a shelter for runaway teens. Medical residents and nurses donated time, drug companies donated medicines, and teens got treatment for sexually transmitted diseases and other problems they faced. I was so touched, I wanted to share his story with the world. When others heard about this, I reasoned, they might be inspired to create or support similar programs appropriate to the disadvantaged populations in their own cities and towns.

The series began on Medscape as "Angels in Our Midst." After a request for Angels went out in Medscape's weekly email, three editors -- Vicki Porter, Hope Vanderberg, and Zoe Gollogly -- enthusiastically wrote about some of the people and programs readers shared with us.

This site builds on the idea of featuring the incredible work people in healthcare do to improve the health of the world. We especially focus on caring for those with little access to quality healthcare, such as the homeless and indigent, the incarcerated, and those in less developed and war-torn parts of the globe.

Thanks for taking the time to visit. Please share this site with others.

Know any Angels? Tell us about them. Write to harry@medangel.org. 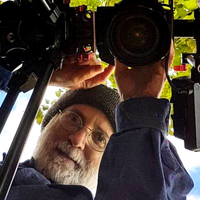 Harry Goldhagen worked as a medical editor for over 20 years for numerous print and online publications, including Scientific American Medicine, Infections in Medicine, and Medscape/WebMD. He studied biochemistry and journalism at SUNY Stony Brook, and pursued graduate research in molecular biology at the Albert Einstein College of Medicine before turning to editing. In recent years he has pursued his creative interests, filming two indie movies and writing a whimsical book about vampires in Vermont called Green Mountain Sapsuckers. You can view his work at www.harryllama.com.